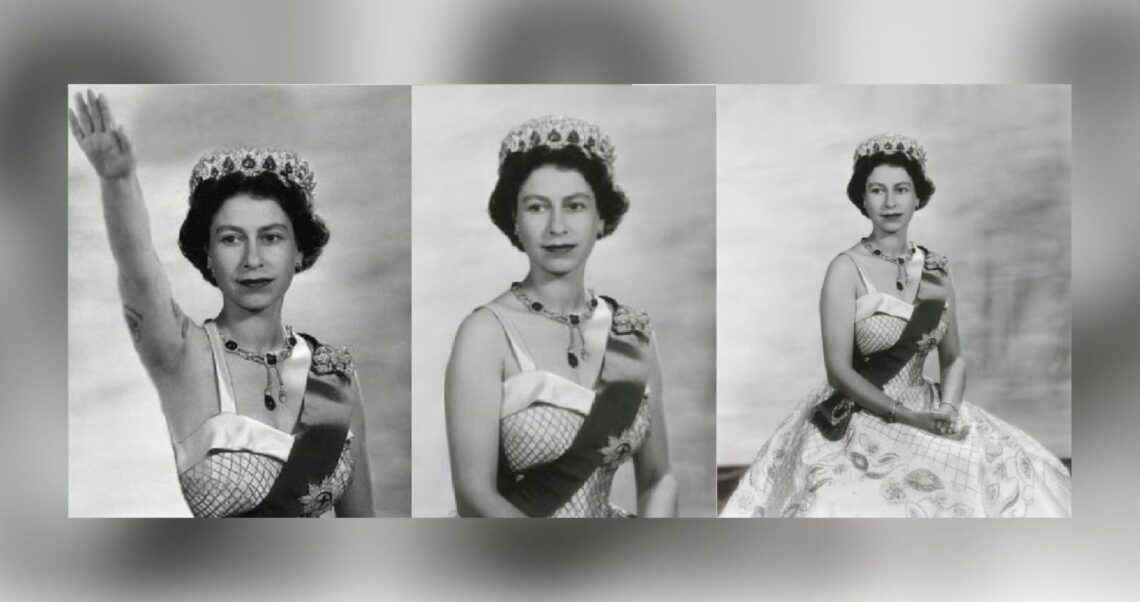 In connection with the death of Queen Elizabeth II, the long-circulating image that is a photomontage has re-emerged again on the Internet. The fake photo depicts a young queen raising her right hand in the gesture of Nazi salute. The article also describes other references to Nazi greetings in the British royal family, which are authentic.

Claim:
Queen Elizabeth II posed for the photo in her youth, performing the gesture of Nazi salute.
Our rating:

Comparison of photomontage and the original photo

The original portrait of Elizabeth II was taken in 1957. In the picture, the Queen has her hands down. Moreover, the hand in the manipulated photograph has visible tattoos, which one should not expect from the British monarch.

The embarrassing picture of the royal family is authentic

In 2015, the British tabloid The Sun published a frame from a 1933 film. It shows the future Queen Elizabeth II aged approximately 6, her mother Elizabeth, uncle Edward – the future king – and her younger sister Margaret. The British BBC correspondent Sarah Campbell confirmed with the Buckingham Palace that the photograph was authentic. According to the BBC, in October 1937, Edward and his wife visited Nazi Germany, where they had dinner with Adolf Hitler and Rudolf Hess.

When World War II broke out, Elizabeth, who was thirteen years old at that time, served in the Auxiliary Territorial Service.

This case has been reported by the Georgian Myth Detector, among others.

In connection with the death of Elizabeth II, a photomontage re-appeared on the Internet suggesting that the British queen posed while performing the gesture of the Roman salute. The original photo was taken 12 years after the end of World War II.

Swiss poster “Snitch on your neighbour, earn 200 francs” is a photo manipulation