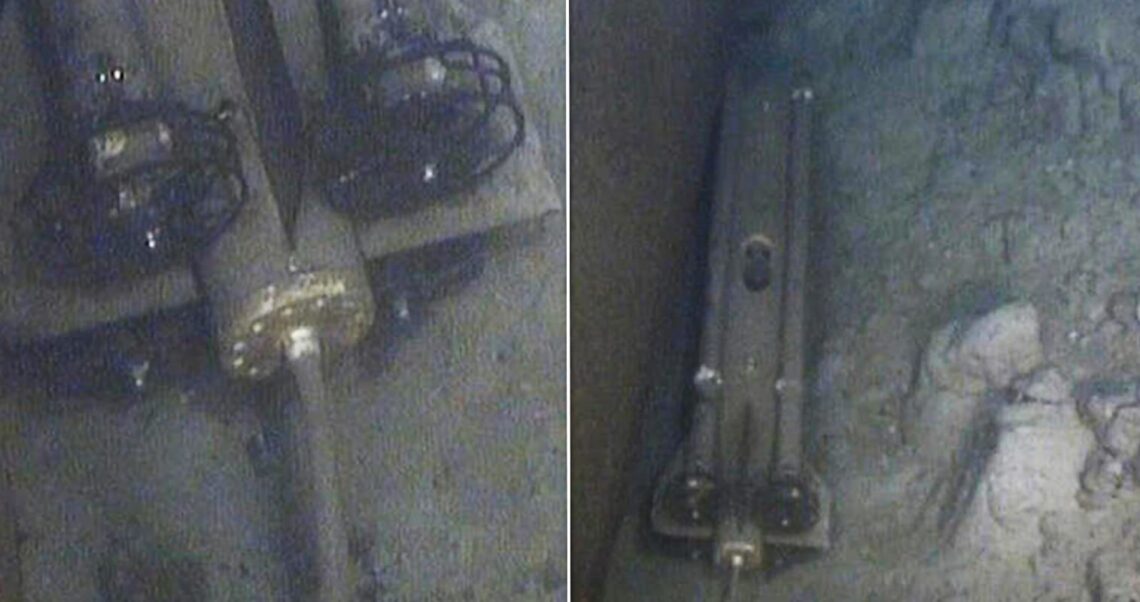 After the attack on Nord Stream 1 and Nord Stream 2 on 26 September 2022, various speculations emerged in the media about those responsible for the destruction of the gas pipelines. In a rather predictable fashion, Russian propaganda accused Western countries of sabotage. One piece of evidence of NATO’s earlier attempts to destroy the infrastructure was the alleged attack on one of the Nord Stream pipelines with the use of the SeaFox minesweeper in 2015. This statement, however, has little to do with reality.

Claim:
NATO tried to destroy Nord Stream already in 2015 using the SeaFox naval vehicle. The situation also indicates that the West is responsible for blowing up the pipelines in 2022.
Our rating:

Such narratives were spread by numerous social media accounts, which for the most part referred to a single source. Gazprom was the first to mention the alleged attempt to damage the gas pipelines in 2015, via its spokesman Sergei Kurpianov on Russia’s largest television station, Channel One. It took place on 10 October, 2022. The information was quickly shared by other Russian propaganda centres, such as the Russian news agency TASS and the official Facebook profile of the Russian Ministry of Foreign Affairs. This was supposed to confirm that NATO is capable of such attacks and probably is also behind the destruction of the Nord Stream gas pipelines in September 2022.

At the same time, similar statements began to circulate in social media. According to Georgian Myth Detector, this happened in parallel with the information shared by official Russian sources, i.e. on 10 October 2022, including on Facebook (in Georgian). The pro-Kremlin narrative was spread, among others, by Kim Dotcom, the controversial founder of the Megaupload portal. It was also circulating in Polish on Telegram or Twitter.

Contrary to the claims of Russian propagandists, the SeaFox did not belong to any of the NATO countries. The vehicle was found on 6 November, 2015, right next to the gas pipeline, as we read in the official statement of Nord Stream AG. It was identified as the property of the Swedish Armed Forces and then safely removed by them. As we read in the Swedish statement, the steering cable was damaged during exercises, which caused the loss of control of the vehicle. Due to this malfunction, a small explosive mounted in the ROV was automatically disarmed.

It should be noted at this point that Sweden is not a member of NATO. Only after the full-scale invasion of Ukraine by Russia, did Sweden take decisive steps to join the Alliance. Sweden’s official request to join NATO was submitted on 18 May 2022. This contradicts the statements made by Sergei Kurpianov. What is interesting is that in 2015, when the incident occurred, major Russian media, such as RIA Novosti or RT, did not claim that the vehicle belonged to any of the members of the Alliance.

SeaFox is a remotely operated vehicle (ROV) designed to destroy naval mines. It was manufactured by the German company Atlas Elektronik. It is controlled by means of a cable. It is available in two versions – “C” and “I”. The former is a combat vehicle used to blow up mines with the use of a small explosive. The latter is a version used to inspect identified threats. The SeaFox is used by navies of 11 countries, including Finland, Germany and Japan.

Important information is that in the “C” version, the vehicle is equipped with a warhead weighing only 1.5 kg. According to the Danish and Swedish authorities, the explosion which destroyed the gas pipelines had the power of “several hundred kilograms of explosives”. It seems impossible for a small vehicle like the SeaFox to be able to damage more than four centimetres of the wall of the gas pipeline to such an extent. Moreover, as already mentioned, in the event of loss of control over the vehicle, the explosive is automatically disarmed, which makes it almost impossible to detonate.

The attacks on the Nord Stream gas pipelines have been widely commented in Europe and worldwide. Currently, there is no conclusive evidence as to who is to blame for blowing up the infrastructure. Russian propaganda, however, very quickly decided to take advantage of the situation of 2015, and indirectly accused NATO countries of sabotage. The narratives immediately spread in social media, where much more unambiguous theses were formulated. In fact, the SeaFox vehicle did not belong to any NATO country, but to Sweden. Also, the explosive it is equipped with is too small to significantly damage the gas pipeline pipes. The narratives in question should therefore be considered false.