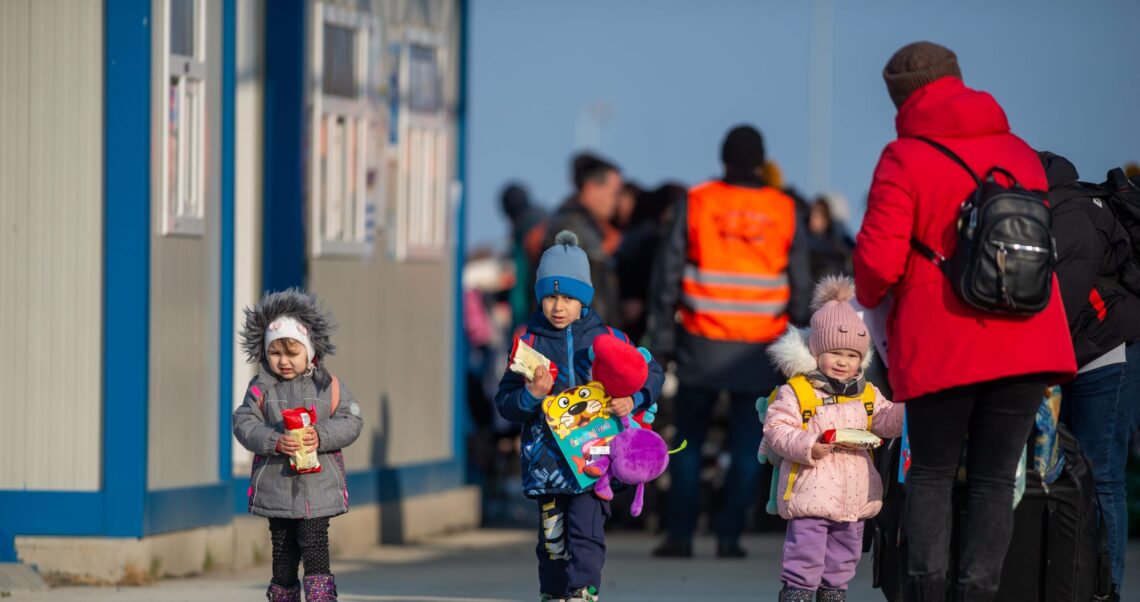 Topics referring to Ukrainian refugees are still widely commented on in the Polish media space. Many myths and half-truths have grown around them. In particular, one of the most controversial issues is social aid provided to people arriving from the war-torn country. We decided to take a closer look at this and check to what extend the narratives circulating on social media are factual.

Refugees from Ukraine are presented in a negative light in numerous posts and videos on the Internet. They are to come to Poland only to collect social benefits, and then return to their country. The goal of such narratives is to arouse resentment towards Ukrainians fleeing the war. They are aimed at pushing the narrative that Poland suffers only losses due to their presence. They appear on numerous social media platforms, including TikTok or Twitter.

The topic is also discussed in the political debate. It is particularly strongly promoted in circles gathered around Konfederacja party. The most vocal person to spread these narratives is MP Grzegorz Braun. His statements are often quoted by far-right and nationalist media. For instance, this statement presented by the Nczas.com portal. He is also responsible for promoting the campaign called “Stop Ukrainizacji Polski” (Eng. “Stop the Ukrainisation of Poland”) aimed at building resentment towards Ukrainian refugees.

Who is a refugee?

International law defines refugee status in the 1951 Convention relating to the Status of Refugees and its 1967 Protocol. Both documents were adopted by the United Nations and were signed by 110 countries (including Poland). As one can read on the website of the United Nations High Commissioner for Refugees (UNHCR):

Refugees are persons who are outside their country of habitual residence because of fear of persecution, conflict, violence or other circumstances seriously disturbing public order, and who, as a result, require “international protection”. Oftentimes, they are in such great danger that they cross national borders in search of security in neighbouring countries; therefore, they are recognised internationally as “refugees”, i.e. persons who are entitled to receiving assistance from other states, the UNHCR and relevant organisations. They are considered refugees precisely because their return home is too dangerous and they need shelter elsewhere. These are people who, when refused to be given asylum, may potentially face lethal consequences.

There is no doubt that this definition applies to an overwhelming number of people fleeing Ukraine. At this point, it should be noted that persons without legal refugee status may still be refugees. As indicated in the UNHCR handbook:

Recognition of refugee status does not, therefore, make someone a refugee, but states that he or she is one. A person does not become a refugee because of recognition, but rather is recognised because they are a refugee.

This also applies to people who fled Ukraine prior to the war. Numerous manipulative narratives on social media claim that only part of the territory of our eastern neighbour is covered by warfare. Therefore, refugees should stay in safe, western areas of their country instead of fleeing to Poland. We have already dealt with this myth in one of our articles. We also pointed out that a significant part of refugees had already returned to their country.

How many Ukrainians take advantage of public aid in Poland?

About 85,000 Ukrainians benefit from direct aid provided by the Polish government. This refers to collective accommodation centres, where refugees from Ukraine receive shelter and food. However, the amendment to the Act proposed by the Ministry of Interior and Administration is to result in the fact that after a certain time they will have to partially pay for their stay. According to Rzeczpospolita:

According to the Ministry of Interior and Administration, this is to lead to the activation of people staying in collective accommodation centres. Of course, the amendment provides for exemptions, for instance for people with disabilities, minors or guardians raising minors. The total expenses on the aid in question and the payment of the benefit of 40 zloty per Ukrainian accommodated in private premises cost the Polish state over 4 billion zloty. Approximately 700 million zloty for this purpose were provided by the European Union, although the Polish authorities are applying for an additional sum of 200 million zloty.

Social benefits and refugees from Ukraine

At the moment, there are about 1,120,000 Ukrainians staying in our country who came to Poland after 24 February. As we explained above, only 85,000 refugees benefit directly from government aid. The rest either provides for themselves or uses the help of local authorities or non-governmental organisations, as well as private assistance from both Poles and Ukrainians. Due to the fact that a large proportion of refugees are mothers with children, they are entitled to various social benefits, such as 500+, the family care capital programme or other family allowances. In September this year, 406 thousand Ukrainian children were entitled to the 500+ benefit, and over 15 thousand to the family care capital. These benefits cost the Polish budget approximately 1.5 billion zloty.

In recent weeks, the main argument aimed at presenting Ukrainian refugees as bad for Poland has been the misappropriation of social benefits. It is true that such activities take place. Wojciech Bakun, the President of Przemyśl, was one of the first people in Poland to bring this to the attention of the public. Both he and the local officials unveiled the issue of organised groups of Ukrainians who come to Poland only to register for social benefits and then return to their homeland.

Zakład Ubezpieczeń Społecznych confirmed that it began to massively deprive Ukrainian citizens of social benefits. Out of the 440,000 500+ benefits and 18,000 family care capital benefits granted, payments for about 80,000 people were withheld. This was caused by the fact that these people stayed outside Poland for more than 30 days. Thanks to the cooperation of the Border Guard with ZUS, the system of granting benefits has been improved. ZUS receives automatic information from the Border Guard General Headquarters about persons with granted benefits staying outside Poland for more than 30 days.

This does not mean that all people who were deprived of their rights to benefits came to Poland in order to misappropriate money from the state. Such statements are a gross misinterpretation. The scale of abuse is unknown, but there is a high probability that many of these people had lived in Poland for many months, having a full right to receive the benefits. Mass returns of refugees did not start until June. It should also be noted that the alleged amounts circulating on social media should be considered false. In this TikTok video, the author states that Ukrainians embezzled 240 million zloty from the 500+ programme and 960 million zloty from the Family Care Capital programme. The source of this data is unknown. While the scale of misappropriation from the 500+ programme seems to be greatly overestimated, although it is possible (Poland spent about one billion zloty on this benefit), the amount of 960 million zloty from the Family Care Capital is completely false. As a matter of fact, until September, the Polish government spent a total of 46 million zloty for this purpose.

However, refugees from Ukraine are not only a budgetary burden for the Polish state. According to ZUS, in September the number of foreigners employed in Poland exceeded one million. 76% of them are Ukrainians. Foreigners constitute more than 5% of all insured people in Poland, but at the same time less than 1 permille of people receiving retirement pensions and about 1.5% of those entitled to benefits. This means that foreigners’ contributions to the Social Insurance Fund greatly exceed the benefits they collect from it.

Approximately 40% of all those recognised as UKR foreigners under the special Act are women of working age. According to the study of the National Bank of Poland (April-May 2022), the majority of refugees are women, of whom 60% came with children. At the same time, half of them have higher education. This means that the largest group among people who came to Poland after 24 February are young, well-educated women. In May 2022, 80% of refugees either had a job or were actively looking for one, which means that Ukrainians do not only rely on help, but also earn their living. From January to September 2022, Ukrainians founded more than 10,000 companies, 41% of which are run by women.

However, according to the study conducted by Kantar Polska (June-July 2022), 61% of refugees in Poland took up employment. As indicated by Deloitte consulting company, people who fled the war can contribute to the growth of Poland’s GDP by 0.2% to 3.5%. Their effective activation will be crucial, but in the long term they may be a valuable asset to the Polish economy. They can also have a positive impact on the reconstruction of their home country, including by sending some of the money earned in Poland to their relatives in Ukraine.

Can Ukrainians be considered refugees?

Refugees from Ukraine are in a peculiar situation. Most of them come to Poland with the intention of finding a job in our country. However, it was not the economic situation but rather active warfare that forced them to make such a decision. This means that they meet the definition of a refugee. The fact of taking up employment in our country does not disqualify them as people fleeing war. Narratives about “displaced persons” from Ukraine, which can be found on social media, should be considered as elements of pro-Kremlin propaganda aimed at building resentment towards refugees. As we mentioned in one of the previous articles, the majority of Ukrainians who fled to our country have already returned to their homeland. This means that refugees have no intentions of staying in Poland or “taking over” our economy and territory.

The topic of refugees, social aid provided to them and their impact on the Polish budget and economy is complicated. There is also the issue of misappropriation of benefits both by individuals and by organised groups from Ukraine. However, this problem has been noticed by the Polish authorities and solutions have been introduced to prevent misuse of funds. To some extent, refugees are a burden on the Polish budget, but in the long run they may prove to be a valuable asset driving the economy of our country, especially in view of the ageing Polish society. Certainly, the narratives about the Ukrainisation of Poland and “displaced persons” should be treated as manipulation. The majority of refugees have already left Poland. Those who decided to stay have mostly taken up employment and are trying to provide for themselves. The balance of profits and losses for Poland resulting from the arrival of Ukrainians fleeing the war is yet to be determined, as a comprehensive and unequivocal assessment will only be possible after some time. 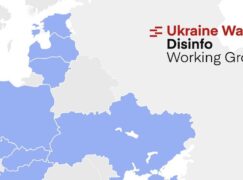