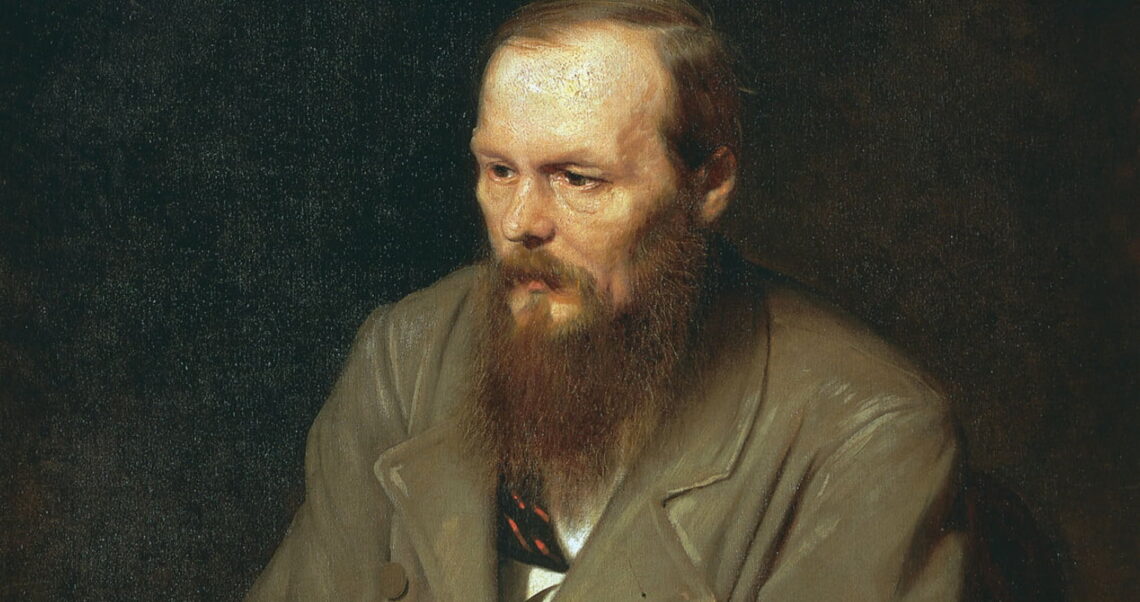 Once again (our team cannot count all the similar cases already covered) a well-known person is attributed to made-up words. This time, an alleged Fyodor Dostoevsky’s quote began to gain popularity on social media. It refers to tolerance and supports a certain perception of the world, which makes it more believable to some. As is usually the case in such situations, there is no evidence that Dostoevsky said these words.

Claim:
Fyodor Dostoevsky said: „Tolerance will reach such a level that intelligent people will be banned from thinking so as not to offend the imbeciles.”
Our rating:

The quote attributed to Dostoevsky appeared in many places. It can be found, for example, on Demotywatory or Wykop. Of course, it also appeared on social media, for instance on Facebook or Twitter.

The quote was also available in other languages, including in Czech, Spanish, French, Croatian, Russian or English. It was also shared by celebrities, such as Eli David, known for his anti-vaccine views.

Neither us nor Snopes, Lead Stories or Misbar could find any proof that these words were actually said by the Russian writer. As pointed out by Lead Stories, the quote began circulating online several years earlier. Yet, the author was different. Back then, it was paired with Professor Preobrazhensky, the protagonist of the film “Heart of a Dog” based on a novella of the same title by Mikhail Bulgakov. However, neither in the film nor in the novella will we find the words discussed. This was also confirmed by experts from the Central & East European Resource Centre at the University of Toronto, Canada. The words have also been shared with no indication of the author.

The above information suggests that the quote probably comes from an anonymous person. It was shared online, and then began to gain popularity. In the meantime, it began to be attributed to various people, with little regard for its true origin. Interestingly, in most cases it was paired with people from Russia, probably due to the fact that it first appeared in Russian. It can be found on Reddit with a request for translation in a post dated back to 2019. Along with the quote, there is a still frame from the film “Heart of a Dog” with Professor Preobrazhensky, played by Yevgeny Yevstigneyev.

Use of the quote

Attributing quotes to well-known and respected people is supposed to increase their relevance and authenticity. This way, it is easier to identify with the words. As in many other cases, also this time the non-existent statement is used by some people to support their views. This makes it easier to believe in it. This particular quote is also used in political struggles, for example between Republicans and Democrats.

These words do not seem to fit well with the Dostoevsky era. However, they perfectly fit into contemporary discourses related to the perception of tolerance and its impact on freedom of speech. This could be indicated by numerous posts of Internet users, for example on Twitter, linking this statement with cancel culture or the so-called wokism. The quote is meant to confirm that modern tolerance is a form of censorship that does not allow criticism of certain things. The words also tickle the ego of the person agreeing with their message, insinuating that those disagreeing are “fools” or “imbeciles”. This makes it easier for some people to believe in their truthfulness without confirming the authenticity of the quote. Then, without deeper reflection, they re-share it.

Similarly to many other cases we have already described in the past, also this time a quote is wrongly attributed to a famous person. In this case, it is Fyodor Dostoyevsky and, in an earlier version, Mikhail Bulgakov. There is no evidence that these words were spoken or written by any of them. The quote boosts the reader’s ego and supports a certain way of looking at the world, so it is easier for many people to believe in it.

Waxwings visible in the photo are dead, not drunk with alcohol

Beata Pawlikowska on depression. We are checking all the theses of the traveller